Dear all our valued and wonderful clients, As the coronavirus situation evolves, we want to ensure that we all at Hwy 401 Warden Pet hospital are doing everything we can to keep our clients and team players safe. We will be supporting the public health recommendations to reduce the spread of COVID-19. The province has recently revised the list of essential workplaces. Veterinary services are now open for regular appointments as well. We will be doing routine surgeries- spay/ neuters/ Dentals etc. We will continue to practice social distancing and take pets in the clinic while you wait in the parking lot for the safety of all till the situation improves further We are open from 9:00am-6:00pm Monday to Friday and 9:00am-3:00pm on Saturdays. Appointments will be booked between these hours If you are looking to order food for your pet, we are happy to announce that you can now order through My Vet Store, simply click on the link provided and create an account www.myvetstore.ca/401wardenpethospital. If you have any questions about this, please give us a call at 416-291-7387. If you have symptoms such as fever, cough or difficulty breathing please self isolate and if your pet has an emergency ask a healthy friend or relative to bring your pet to see us. We are still requesting clients to stay outside of the building (even if having no symptoms) while your pet is taken inside for their exam/procedure. When you arrive in our parking lot, we kindly ask that you call us to let us know that you are here and we will come out to take your pet inside. Please bring your cell phone with you and be prepared for the vet to call you while your pet is having his/her exam done. We are only taking a credit card over the phone or e-transfer for payment. No cash, debit, or cheques. If you need food or medication, please order earlier than you normally would as our supplier also has reduced inventory If your pet has an emergency after we have closed please call any of the following emergency clinics:  Toronto Veterinary Emergency Hospital 416-247-8387  Toronto Animal Health Partners 416-380-7400  Veterinary Emergency Clinic 416-920-2002 We are all in this together and we all have our part to play. Thank you for your understanding Your Dedicated Team at Hwy 401 Warden Pet Hospital 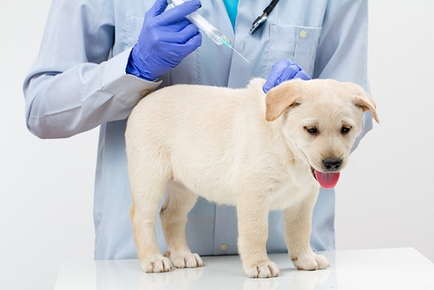 Pets need to be vaccinated to prevent against rabies. Rabies is a fatal viral zoonosis and veterinarians believe that all mammals are susceptible to it. This disease puts the public at risk and prevention measures are urged. Rabies is transmitted through saliva. It enters the body of person or pet through an opening in the skin, typically a bite wound. Other openings in the skin, for example, burns, scratches, ulcerations, scrapes and unhealed surgical incisions provide opportunity for the rabies virus to enter your pet's body.

Rabies is a disease that is acute. It creates progressive inflammation of the brain in an animal that has been infected. Veterinary research has identified that rabies disease is caused by a lyssavirus and that it is the most important lyssavirus throughout the world. Wild animals living near your home may be infected with the lyssavirus that causes rabies when pets are bitten. The likely animals in your area probably include skunks, foxes, bats and raccoons. You'll want to discuss your pet's yard and neighborhood environment with your veterinarian to ensure your pet's safety.

Prevention recommendations for pets outlined in the Compendium of Animal Rabies Prevention and Control, 2011, indicate that "Regardless of the age of the animal at initial vaccination, a booster vaccination should be administered 1 year later."

Prevention measures mean that exposure to humans and animals can be reduced or eliminated by becoming aware about the disease and how it is transmitted. Prevention also includes eliminating contact with wild animals. Treatment plans recommended by your pet's veterinarian should be followed and completed.

The Compendium advises, "The virus is usually transmitted from animal to animal through bites. The incubation period is highly variable. In domestic animals, it is generally 3 to 12 weeks but can range from several days to months, rarely exceeding 6 months." You will want to alert your veterinarian at any time you suspect your pet has been bitten or received saliva from an animal that could be carrying the virus. The varying incubation period will require that you keep close watch on your pet when exposure is suspected.

"Rabies is rare in vaccinated animals," advises the Compendium. "Dogs, cats, and ferrets: Rabies virus is excreted in the saliva of infected dogs, cats, and ferrets during illness or for only a few days before illness or death." The salivary glands are the virus's favorite concentration site. Damage to muscles that involve swallowing and drinking are severely affected by the virus.

Symptoms of infection with the rabies virus may include:

The rabies virus and resulting disease is preventable. Mad Dogs and Meerkats: A History of Resurgent Rabies in South Africa, suggests that this disease kills 55,000 people around the world every year. "Responding quickly when one is bitten, is critical - if you wait for the symptoms to show it is often too late. Post-exposure treatment saves the lives of around 15 million people around the world every year." Education and awareness about the virus are urged during World Rabies Day every year.

Questions to ask your pet's doctor include:

Find us on the map